My oh my it has been far too long since I have posted anything and so very much has happened. I'll just go through all the happenings in order.
Through the month of September I had been making a small series of mokume gane rings along with experimenting with the new casting equipment and getting to know all the other toys err... tools I mean to say. The mokume gane jewelry is on hold for now but I managed to produce four rings and a bracelet that started out as a casting test but evolved into something else. The pictures will come at the end since I have a lot of news to share before getting onto the images.
Back in early October I had a nice little accident, I left a box of cone burrs open on the side of my desk (as I was preparing to set a stone) after reaching across the desk for a drill bit my elbow came down on the open box of burrs and one of the burr tips broke off inside my elbow (it was really horrible as I could feel the bur cutting the inside of my arm). I took a quick trip to the emergency room to get an x-ray of my arm which showed that the burr tip is lodged in the tendon a few millimeters away from the bone, but should hopefully become encapsulated and not cause any more discomfort. At the time the pain was not tolerable and I could not move my elbow without feeling the burr moving around so I received a prescription for some pain medication and got sent me on my way.
About four or five days later I'm not feeling to hot my arm is getting puffy and swollen and the pain is getting worse (it´s time to go get some more medical attention) I go in to see another doctor and sure enough my elbow is infected and I get put on super heavy general antibiotics for about two weeks along with anti inflammation stuff and some pain killers. During this whole ordeal I wasn't able to do much of anything, This was my right arm so I couldn't draw or write, needless to say I wasn't gona try and saw or drill something for quite a while. I did get to see a lot of movies while sitting around in a sling icing my elbow two to three times a day however that wasn't what I wanted to be doing. October also happened to be my birthday month so it was a rather uneventful birthday but as fun as it could be while in a sling.
Finally around early to mid November I'm starting to go stir crazy and really need to get some work done for the sake of my sanity, so against doctors orders I decide to try and get a little work done since the pain is far more tolerable and I can almost move my elbow in any direction without pain. So I manage to get a few pieces done for a few clients mostly casting gigs and also start working on a set of more commercial jewelry using some obsidian stones I had purchased in mid September. I really wanted to create some pendants from these really beautiful stones. I decided to give them a fairly simple bezel accompanied by different granule designs soldered together not truly granulated as I simply prefer to solder the granules and actually enjoy the look of solder joining the pieces together, all in all there are eight pendants and I am quite content with how they all turned out.
In the later part of December I acquired a photo studio light box which has allowed me to take some really nice pictures of all the work created in the studio so far including the obsidian pendants which I just finished a few days ago. Here are the new pictures of some old work and some new work as well I hope you enjoy it. 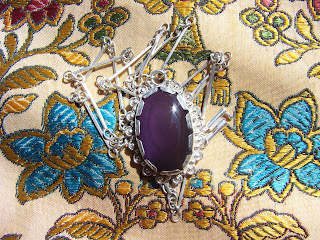 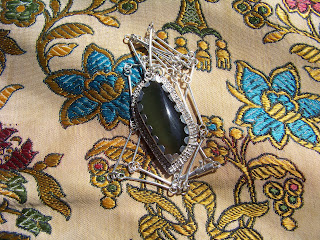 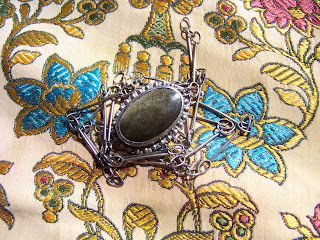 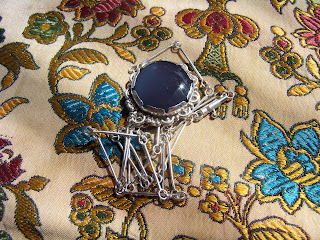 Well I guess that about does it for now hope to give you more soon. Happy holidays everybody have a great whatever it is you happen to do this time of year.
Posted by Unknown at 7:57 PM

Add comment
Load more...
Newer Post Older Post Home
Subscribe to: Post Comments (Atom)
Hello, I'm Daniel Icaza, a Visual Artist and Metalsmith. This blog is where I document what I'm creating and doing. Feel free to look around and participate in the comments. Thanks for visiting!

This is a blog of original, artist-made content. All designs, graphics, layouts, photos, artwork, creations, content are ownership of Daniel Icaza for this blog, (unless otherwise stated). You are welcome to share content, but please give ample credits and links back to Daniel Icaza. Thank you!
(C) 2013. All Content/Designs/Art by Daniel Icaza